Damn, Sir Christopher Lee has died at the age of 93.
That was a hell of a good run my man, RIP.

The guy was in so many movies it is kind of hard to believe he was still around to begin with.
250 of them to be exact.


This though, will surprise the living shit out of you if you have never heard it before,
Sir Christopher Lee had a classically trained Operatic Baritone singing voice and loved Symphonic and Melodic Heavy Metal!
I kid you not, the man just released his very own Heavy Metal album last year AT THE AGE OF 92!!!
That is so Bad Ass that words fail me. 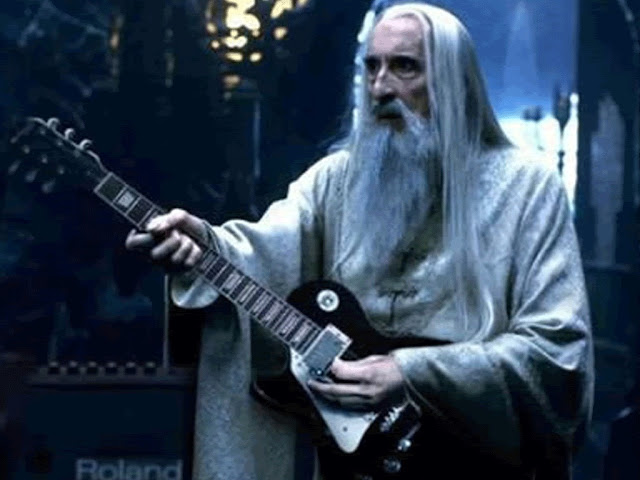 Sir Christopher Frank Carandini Lee, CBE, CStJ (27 May 1922 – 7 June 2015) was an English actor, singer, and author. With a career spanning nearly 70 years, Lee initially portrayed villains and became best known for his role as Count Dracula in a sequence of Hammer Horror films. His other film roles include Francisco Scaramanga in the James Bond film The Man with the Golden Gun (1974), Saruman in The Lord of the Rings film trilogy (2001–2003) and The Hobbit film trilogy (2012–2014), and Count Dooku in the final two films of the Star Wars prequel trilogy (2002 and 2005).

Always noted as an actor for his deep strong voice, Lee was also known for his singing ability, recording various opera and musical pieces between 1986 and 1998 and the symphonic metal album Charlemagne: By the Sword and the Cross in 2010 after having worked with several metal bands since 2005. The heavy metal follow-up titled Charlemagne: The Omens of Death was released on 27 May 2013.[3][4] He was honoured with the "Spirit of Metal" award in the 2010 Metal Hammer Golden God awards ceremony.

He of course played Saruman in the Lord Of The Rings movies but a little known fact is that he had been around so long that he had actually met The author of those books, J.R.R. Tolkien.