Paraphrasing Gen Mattis On North Korea, "I'm Pleading With You With Tears In My Eyes"...

Play nice because he has a plan to kill every single one of you cocksuckers.

U.S.' Mattis: North Korea military solution would be 'tragic on an unbelievable scale'

U.S. Defense Secretary Jim Mattis said on Friday that any military solution to the North Korea crisis would be "tragic on an unbelievable scale" and said Washington was working internationally to find a diplomatic solution.

"We are going to continue to work the issue," Mattis told a Pentagon news conference. "If this goes to a military solution, it’s going to be tragic on an unbelievable scale. So our effort is to work with the U.N., work with China, work with Japan, work with South Korea to try to find a way out of this situation."

Mattis don't fuck around.
In case you have never seen this famous quote attributed to him,

Be polite, be professional, but have a plan to kill everybody you meet.

One of the rules Maj. Gen. James Mattis gave his Marines to live by in Iraq, as quoted in Fiasco: The American Military Adventure in Iraq (2006) by Thomas E. Ricks; as excerpted in Armed Forces Journal (August 2006)

Here is the other one I just love,

I come in peace. I didn’t bring artillery. But I’m pleading with you, with tears in my eyes: If you fuck with me, I’ll kill you all.

After the invasion of Iraq -and after sending his tanks and artillery home- Mattis sent this message to the Iraqi leaders in every area his men served in, as quoted in Fiasco: The American Military Adventure in Iraq (2006) by Thomas E. Ricks; as excerpted in Armed Forces Journal (August 2006)

This country needs ten thousand more guys just like him.

One thing is for damn sure, you won't be seeing any more of this humiliating horse shit while this guy is around. 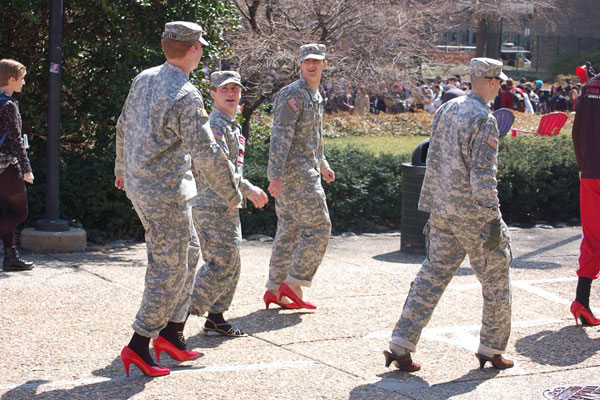 It seems they may not be as dense as they seem to be after all,

North Korea says U.S. has to roll back 'hostile policy' before talks

By Michelle Nichols | UNITED NATIONS
North Korea's deputy U.N. envoy said on Friday that the United States needed to roll back its "hostile policy" toward the country before there could be talks between the pair.

"As everybody knows, the Americans have gestured (toward) dialogue," North Korea's Deputy U.N. Ambassador Kim In Ryong told reporters on Friday. "But what is important is not words, but actions."

North Korea, also known as the Democratic People's Republic of Korea (DPRK), has vowed to develop a missile mounted with a nuclear warhead that can strike the mainland United States, saying the program is necessary to counter U.S. aggression.

U.S. President Donald Trump warned in an interview with Reuters in late April that a "major, major conflict" with the North was possible, but he said he would prefer a diplomatic outcome to the dispute over its nuclear and missile programs.

That doesn't appear to me to be bargaining from a position of strength.

Between Trumps unpredictability and Mattis' certain fucking death, maybe ol' Kimmmy actually has a few strategic advisors left who can see the writing on the wall after all.

Locked, Loaded and Ready to Engage!