The Big Blow That Didn't Suck

Well that was a whole lot of Meh.

I went to the store earlier to get some chicken breasts to make soup with and the wind was swirling and the leaves were flying all over the place but it seems that was pretty much it.
My youngest daughter lost the electricity over in Portland about two in the afternoon, I saw an Email blast that about 2,000 folks lost theirs two counties up and that was about it from what I saw.
I just woke up from a nap that overtook me like a small child that runs around in circles screaming at full blast and then falls over dead asleep.
WTF, I was sitting here about twenty minutes after eating some of the soup and a grilled cheese and the next thing I know my chin is in my hand and the lights went out.
That must be some good shit Maynard.

I'll have to check the news but I'm sure the worst of that storm went by while I was n't paying any attention. I hope the majority of everyone else got by unscathed also. 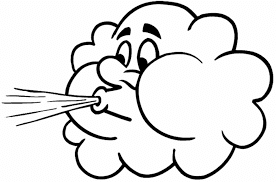 It was rainy and windy, but not as bad as what was predicted.

Sounds like you lucked out. Could have been much much worse.

It seems that most of that "forecast" was Kevin Thomas Hulten crying wolf. Maybe he was trying to drum up clicks or something.

Yep.
Unfortunately, there are times when the things I want to post here are not available due to formatting issues and then I have to cast around trying to find something closely related that will post on Blogger that wind up turning out very badly. This is not the first or even second time this has happened to me here and it is very frustrating.

Here on the central Oregon coast, I too fell asleep in all of the commotion. I cleaned out my gutters. There is that.