According To President Obama, Your First Amendment Rights Need To Be Reigned In, Because You Are Using Them And He Doesn't Like It

There is absolutely nothing this assclown doesn't think he can control if he doesn't like it anymore.

Pittsburgh (AFP) - President Barack Obama on Thursday decried America's "wild, wild west" media environment for allowing conspiracy theorists a broad platform and destroying a common basis for debate.
Recalling past days when three television channels delivered fact-based news that most people trusted, Obama said democracy require citizens to be able to sift through lies and distortions.
"We are going to have to rebuild within this wild-wild-west-of-information flow some sort of curating function that people agree to," Obama said at an innovation conference in Pittsburgh.
"There has to be, I think, some sort of way in which we can sort through information that passes some basic truthiness tests and those that we have to discard, because they just don't have any basis in anything that's actually happening in the world," Obama added.
His remarks came amid an election campaign that has seen Republican candidate Donald Trump repeat ideas and take on key staff from right-wing media outlets.
They also come at the end of an eight-year presidency in which Obama has been plagued by false scandals over his place of birth that have forced him to play media-critic-in-chief.
For much of that time, Republicans and Democrats -- which their own media sources -- could rarely agree on even the most basic facts to build a debate.
"That is hard to do, but I think it's going to be necessary, it's going to be possible," he added.
"The answer is obviously not censorship, but it's creating places where people can say 'this is reliable' and I'm still able to argue safely about facts and what we should do about it."

"Truthiness Tests"?
Has he been hanging around George W. Bush again?

It sure sounds like it if he thinks that "Conspiracy Theorists" are such a monumental threat to the security of this country that restraints should be placed on what people can say and where they can say it.

Listen up here chump, Free Speech, look up that definition sometime.
I has it and I use it, OK? So do you and your fucking minions.

If you don't like it then you can take a long walk off a short pier with a heavy anchor pal.


And when it comes to "truthiness", I suggest you take a long look in the mirror you lying sonofabitch. 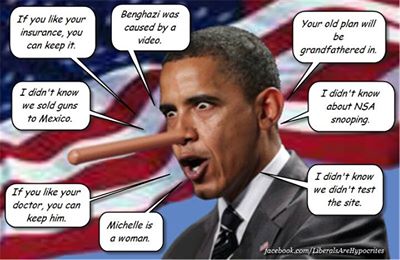 start sharpening your tools folks as one may have to trim a few bastards heads whom support utter nonsense in place of honest truth and remove the darkness from the land.

or surrender into mindless puppets serving your masters

as for me "live free and die free"

Where do you get an attack on the First in this speech? Did you also see another "attack" on the Second?

He was spot-on in this speech. Part of the reason the politics of this country are so fucked up is the bubble of lies that so many of us live in. You stay in this bubble, and get to feel the seductive feelings of fear and hatred. You get to blame powerless other people, people that are safe to hate. The "news" looks just like news. The "facts" look just like facts. There's an opposite view of every real event, and even the possibility of ignoring real events with sets of lies meant to keep you looking elsewhere.

This is not done for your benefit.

This is a much better, recent speech: https://youtu.be/VyjrYiOrHvE

Nanny, do we speak the same language?
I am really stating to think that maybe you have selective cognizant skills and only see what you want to see.
Try this on for size. Go read what the man said. Then apply the third option of this definition of the word curative to what the subject is.

select, organize, and look after the items in (a collection or exhibition).
"both exhibitions are curated by the museum's director"
select the performers or performances that will feature in (an arts event or program).
"in past years the festival has been curated by the likes of David Bowie"
select, organize, and present (online content, merchandise, information, etc.), typically using professional or expert knowledge.
"nearly every major news organization is using Twitter’s new lists feature to curate tweets about the earthquake"

"Select, Organize and Present".
Key word, select.
This would imply eliminating unwanted content.
In regards to speech that is known as censorship.

Keyword Present, as in only allowing speech approved by those who do the selecting and organizing.

Does this now make any sense to you?

Do the words Fundamental Transformation ring a bell?
If you cannot read between the lines of what politicians are saying to you then you should maybe start studying history sweetheart and see what has happened to entire populations who are as fucking stupid as you are.

Gosh... so you think a president in his last year of office, with a congress stacked against him, has launched an effort to fundamentally alter the nation's media into a tool of his empire? Talk about procrastinating!

Life is good in 'Unicorntopia.'

Ya mean the same COMgress that has 'bohicha'd' and funded every fairy dust act of his?

haha I love to see when the alt.right knows they are losing

Yup. I'm looking forward to when their bubble is so all-encompassing, that it doesn't even let in actual news that they've lost elections! Then, they'll just pass happily into oblivion, believing they've turned the United States into a genocidal, fascist police state, while the rest of us fix decades of Republican damage to the Union.

we already live in a fascist police state

where have you been?