Britain Out Of EU, PM David Cameron To Step Down Also

Damn, those pesky Globalists really took a couple of shots to the nose yesterday.
Not only does that work for me, I want more please.
This is one area where heartily endorse kicking a bunch of assholes while they are down.

Scotland seems to be less than pleased about the outcome and are already making plans for another referendum, Ireland also didn't seem to want it either but both are part and parcel of Great Britain and the majority of votes cast went towards walking away from the EU.

As expected, the markets all took a massive dump upon hearing the news but that is just a normal knee jerk reaction.

David Cameron bailing out as Prime Minister is also going to be adding insult to injury to the Global Elite and their plans for World Dominance as he was a well trained little puppy who's vote they could count on whenever it came to fucking over the citizens in favor of consolidation with the EU.

The next one in that position may well not be so amenable to such chicanery.
We shall see. 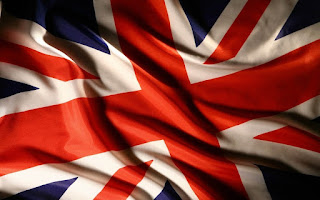 I was just trying to explain some of this to my 17 year old niece and the best analogy I could come up with was that this is going to be a historic event almost on the level of the Berlin Wall coming down.

Prime Minister David Cameron is to step down by October after the UK voted to leave the European Union.
Speaking outside 10 Downing Street, he said "fresh leadership" was needed.
The PM had urged the country to vote Remain but was defeated by 52% to 48% despite London, Scotland and Northern Ireland backing staying in.
UKIP leader Nigel Farage hailed it as the UK's "independence day", while Boris Johnson said the result would not mean "pulling up the drawbridge".
Scottish First Minister Nicola Sturgeon said she was "absolutely determined" to keep Scotland in the EU so a second Scottish independence referendum was now "highly likely".
German chancellor Angela Merkel expressed "great regret" at the outcome, and EU chiefs said they expected the UK to begin negotiations to leave "as soon as possible, however painful that process may be".
But Boris Johnson, the ex-London mayor and public face of Vote Leave who is now a front-runner to be next prime minister, said there was "no need for haste" about severing the UK's ties.
He said voters had "searched in their hearts" and the UK now had a "glorious opportunity" to pass its own laws, set its own taxes and control its own borders.
Another leading Leave campaigner, Labour's Gisela Stuart, said the UK would be a "good neighbour" when it left the EU.
The pound fell to its lowest level against the dollar since 1985 as the markets reacted to the results.
The slide halted when the Bank of England said it stood ready with £250bn of extra funding to ensure market stability. But the pound remains 8% down against the dollar, and 6% lower against the euro.

Labour leader Jeremy Corbyn, who called for the UK to remain in the EU but was accused of a lukewarm campaign, said poorer communities were "fed up" with cuts and felt "marginalised by successive governments".
There have been calls for him to consider his position after some of the strongest votes to leave the EU came from traditional Labour heartlands


This is  , to use a tired cliche from the 90's, a major paradigm shift in world affairs and the scramble to fill the power vacuum created by it has already started.

Pass the popcorn, it is going to be highly entertaining to see how the PTB scramble to consolidate their remaining influence..
at June 24, 2016