Something Tells Me It's Quick 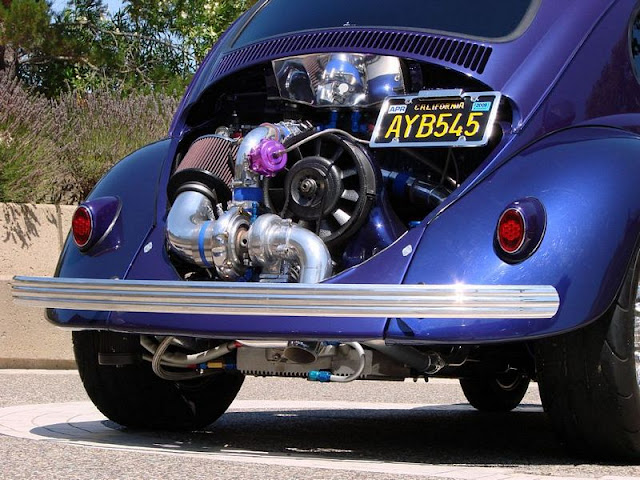 When I saw this picture it reminded me of a guy back when I was in High school who stuffed a High Performance Porsche engine in a Bug and went Camaro hunting.

Back in my last year of High school, these were the Bad Boy Toys, 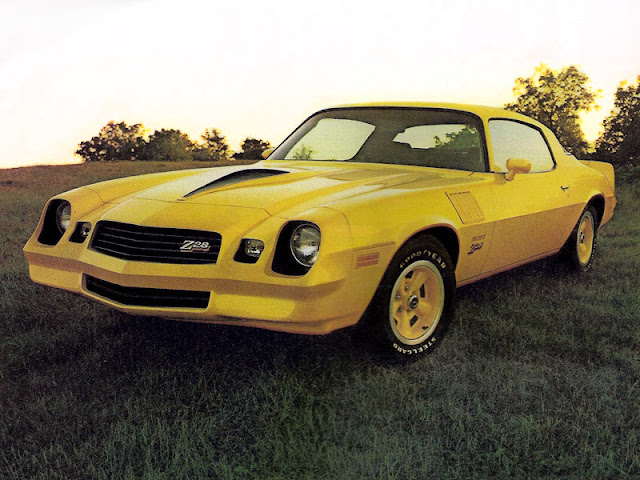 I knew a guy who lived down the street and he bought one of them. The thing was pretty mean right out of the box but he ordered his with the optional Small Block 350 and it came with a 4 speed stick.

Back then there were all kinds of quick Bolt On goodies you could throw on a Chevy 305 to quickly make more Horsepower that didn't cost an arm and a leg. That's not a typo, the majority of those old Chevy's of that era came with a 305 CID V-8 and some aftermarket 350 goodies were Bolt Ons for the 305 too. Stuff like 4 barrel carbs, intake manifolds, headers and High Performance ignition systems.The 305 had a different block and pistons but most of the parts would theoretically swap. The 305 heads didn't breathe well though and the 350 heads weren't a viable quick swap.


Across the Bay from North Bend Oregon is a dike road that goes across the North side of the bay that leads to the Sand Dunes and there used to be a Paper Mill out on what they called HorsFall Road on the North side of the bay. My Paternal Grandfather actually worked there for a while, it's been torn down since. The road that went past the mill was pretty much straight as an arrow for a good quarter mile and that was the local Dragstrip for many, many years because it was so straight and it was well out of town with only one way in or out , that being the dike road.


This guy and his Porsche powered Bug would go out there on Saturday nights after cruising the Gut downtown, which was actually Highway 101 that went through town. He would cruise the Gut trying to goad these guys with Camaro's into heading out and racing Title for Title, called Pink Slip racing.

The last I ever heard about that guy was that he had amassed a stable of five of those Camaro's before everyone wised up and refused to race him anymore.Coos Bay/North Bend isn't that big of a community.

It just goes to show that looks can be deceiving, that Bug he had clocked in at 114 MPH in the quarter mile way the hell back in 1979. It was fast.

As I remember it through the fog of the years, the difference back then between a Porsche H/O 6 and a VW H/0 4 was 2 cylinders and some crafty tuning. (H/0 = horizontally opposed) While it sure got attention, a Porsche powered bug wasn't all that uncommon, if you could afford put it together. Thanks for the reminder of some highschool era things... :)

I had a friend in college who owned a 1960 something Karmann Ghia with a 911S engine in it.

It was scary fast!

I used to have a sleeper '76 Olds Cutlass S. After flowporting the intake, heads and exhaust manifolds and having the Quadrajet custom built, I blew 2 transmissions before fitting in a built 700R4, custom drive shaft and a 12 bolt Diff with a soft locker. I couldn't do a quarter mile to save my life but a run from the Blanchette Bridge where you cross from St. Louis to St. Charles all the way out to the Kwik Stop in Columbia Missouri and back, 100 miles each way and to prove you stopped at the Kwik Stop you had to buy a pack of Cinnamon Bidi Cigars from the Kwik Stop, then haul butt back. The rules were $1,000 cash or the title to your car. I only had to pay out once but I had 3 Mustangs parked in my parents driveway at one time.