Following in the foot steps of Manning and Snowden, a new source has leaked thousands of documents showing that the U.S. has a "Baseball Card" system with people's names who are targeted for death from above by remote control.
Apparently this Whistle Blower has leaked this information because of personal outrage over the government conduct which is sure to put their safety in jeopardy just like the other two.

I tried to post this yesterday just before I had to leave for work but my internet connection crapped out on me again.


A Second Snowden Has Leaked a Mother Lode of Drone Docs

On Thursday the Intercept published a groundbreaking new collection of documents related to America’s use of unmanned aerial vehicles to kill foreign targets in countries ranging from Afghanistan to Yemen. The revelations about the CIA and Joint Special Operations Command actions include primary source evidence that as many as 90 percent of US drone killings in one five month period weren’t the intended target, that a former British citizen was killed in a drone strike despite repeated opportunities to capture him instead, and details of the grisly process by which the American government chooses who will die, down to the “baseball cards” of profile information created for individual targets, and the chain of authorization that goes up directly to the president.1
All of this new information, according to the Intercept, appears to have come from a single anonymous whistleblower. A spokesperson for the investigative news site declined to comment on that source. But unlike the leaks of Snowden or Manning, the spilled classified materials are accompanied by statements about the whistleblower’s motivation in his or her own words.
“This outrageous explosion of watchlisting—of monitoring people and racking and stacking them on lists, assigning them numbers, assigning them ‘baseball cards,’ assigning them death sentences without notice, on a worldwide battlefield—it was, from the very first instance, wrong,” the source tells the Intercept. “We’re allowing this to happen. And by ‘we,’ I mean every American citizen who has access to this information now, but continues to do nothing about it.”


You and I both know that the Obama administration has not only continued this program but expanded it.
By just how much and by what means seems to be knowledge available to everyone now.
That fact is going to cause some sleepless nights in some circles.
I can only assume that the DOD and several Three Letter Agencies are scrambling right now to see what got leaked and how they can mitigate the damage.
One thing is for certain, this won't stop the targeted killings either way. 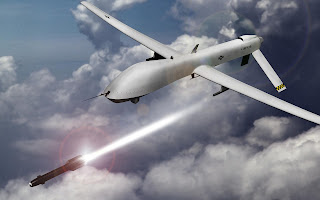 My thanks to Wired .com for the article.