This could very well change the geo political landscape on this planet permanently.


The Middle East and their oil reserves could become irrelevant.

Scientists from the US Naval Research Laboratory (NRL) have successfully flown a radio-controlled airplane that was running purely on fuel derived from sea water.

The fuel was obtained using NRL's gas-to-liquid technology. This involved running sea water through the group's E-CEM (electrolytic cation exchange module) Carbon Capture Skid, which removed carbon dioxide from the water at 92 percent efficiency while simultaneously producing hydrogen as part of the process. Using a metal catalyst in a separate reactor system, the CO2 and hydrogen gases were then converted into a liquid hydrocarbon fuel.

In a proof-of-concept test performed last September at Blossom Point, Maryland, that fuel was used to power an RC model P-51 Mustang's unmodified two-stroke engine. It marked the first time that the fuel had been used in a conventional combustion engine, and was made public this Monday. 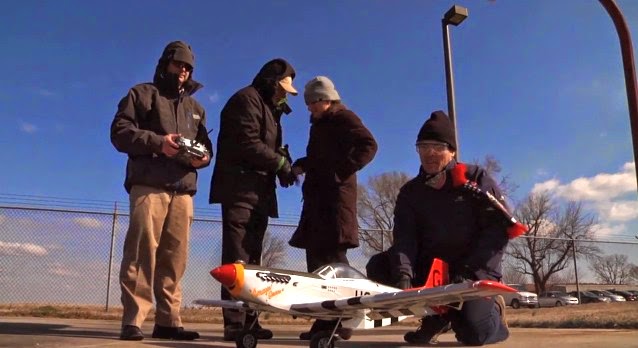 The researchers are now working on upscaling the system to a commercial scale. NRL notes that apart from its use in fuel production, the CO2 could also have applications in the fields of horticulture or aquaculture.

This video gives more details on the process.

Takes a LOT of heat and steam to make that happen.

At best it makes hydrocarbon like fuel that returns enough energy to break even.

in a pinch it would keep ships mobile, but not a real solution.

No drilling involved though

The Law of Diminishing Returns makes it a sketchy energy investment for the amount of return with conventional energy sources but if you used a nuke reactor set up then the amount of fuel you could make is virtually limitless.

So this thing about ships making their own fuel? Maybe if they have a nuclear reactor somewhere, in which case... why bother.