Free Speech Zones? How About Wherever I Happen To Be Standing.

I have been watching this, dispute, I'll call it for now, between this rancher fella named Cliven Bundy and the BLM/ATF/FBI/DHS/ who the fuck ever for a couple of days now trying to see just exactly what is going on and gathering as many facts as I can without going off half cocked running my yap.

It's a dispute that goes clear back to the early nineties apparently and the Feds have been slapping him around in the legal department since then.

Mr. Bundy has a view that the BLM has no jurisdiction over his cattle grazing on government lands and he refuses to pay grazing fees, to the tune of about a million bucks now.

The Feds are enforcing a court order.

This is what I see as being the story behind all this activity.

The Public Relations side of all this has been an abject failure on the Fed's end as they seem to have a hammer and everything within 80 miles of the place is a nail in their eyes.

The usual Shock and Awe, overwhelming force,run roughshod and do as I say routine.

I am not going to get into the who is right and who is wrong argument here, I have another fish to fry.

The one thing that really sticks out to me about this as it unfolded was their trying to put up and enforce a "Free Speech Zone", out in the middle of BumFuck Egypt, to keep law abiding citizens corralled and out of eye and ear shot so they could do their dirty work unhindered and without witnesses.

Let me put this "Free Speech Zone" horse shit into perspective for you, so you can point and laugh at the level of idiocy involved here.


First, a snipped bit of imagery from Google Maps, taking a look in the general area where all this is happening. 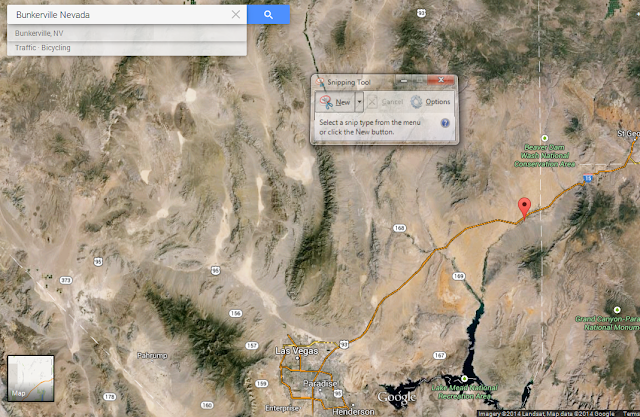 You see all this wide open land, miles and miles of it?
Now look up in the right hand corner and you see a red marker.

That is the Bunkerville area, close enough for my purposes here.

Now take a look at their "First Amendment Area", where they would like all you hard working, tax paying and otherwise useless idiots to stand and voice your opinions about the lack of government oversight. 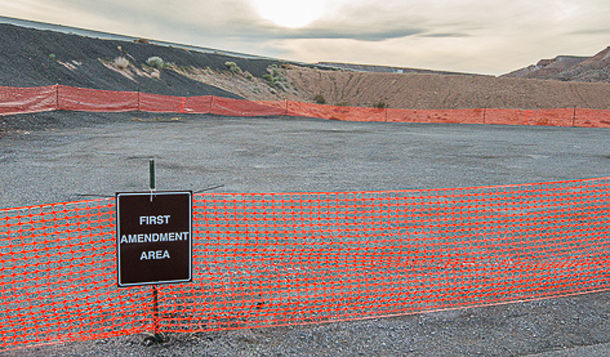 Out of the several thousand square miles in this part of the country, they want you to go sit in a fucking parking lot to exercise your God given right to speak your mind.

I'm thinking someone in government has lost theirs.

This is a piss poor attempt by our government to restrict the First Amendment by decree and you know what?
The Supreme Court Is Fine With It.

The lawyers can argue with each other about it until their tongues turn blue for all I care.

My position on this matter is not negotiable.


Where ever I happen to be standing inside the borders of the United States of America, is a Free Speech Zone. 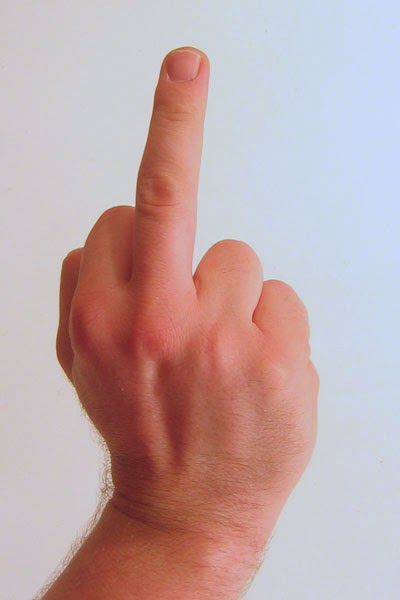 "Where ever I happen to be standing inside the borders of the United States of America, is a Free Speech Zone."

Fuckin A. I would love for some asshat bureaucrat tell me I can't speak my peace. They had better pray there are witnesses, otherwise I might practice the 3 S's.

Amen, well said.
And I'd be organizing a bunch of people to stand inside the "zone", pick up the stakes and start marching that bitch down the road in protest.

This is a local news story. it's also a clusterfuck.

Thank you, my fellow American.

Wherever I happen to be standing ANYWHERE IN THE UNIVERSE is a Free Speech Zone. Our rights are granted us by God, not a piece of paper.

Of course, in many countries, I could be arrested, beaten or shot for speaking my mind--I'm aware of this. But that could never happen here, right?

Something you missed is that 21 years ago the feds declared the land theirs. It was the state of Nevada land with the Bundy family holding grazing and water rights in perpetuity. Under Clinton the feds declared it theirs and unilaterally violated an agreement going back to before Nevada became a state.

Thank you very much for the links and especially the update.
Working Swingshift pretty much puts me out of synch with the normal ebb and flow of news.