We all knew it was a matter of time until the IRS found a way to get in the game. It must have been driving them crazy, watching all those zeroes flying around on the internet and people getting rich on paper with no way for them to skim some off.

Worry no more, the IRS has decreed that Bitcoins and other virtual currencies can be taxed as property instead of currency because according to them , virtual currency isn't Legal tender but dammit Jim, they need some of that action anyway.

How one taxes something that doesn't physically exist in the real world didn't prove to be that much of a challenge to the professional leeches after all.

Bitcoins are property, not currency, IRS says regarding taxes

(Reuters) - Wading into a murky tax question for the digital age, the U.S. Internal Revenue Service said on Tuesday that bitcoins and other virtual currencies are to be treated, for tax purposes, as property and not as currency.

"General tax principles that apply to property transactions apply to transactions using virtual currency," the IRS said in a statement, meaning that bitcoins would be taxed as ordinary income or as assets subject to capital gains taxes, depending on the circumstance.

Bitcoin, the best-known virtual currency, started circulating in 2009. Its present market value is around $8 billion, with up to 80,000 transactions occurring daily, according to accounting firm PricewaterhouseCoopers LLP.

Recent incidents have brought the currency under new regulatory scrutiny, such as the failure of Mt. Gox, a Tokyo-based exchange that filed for bankruptcy after losing an estimated $650 million worth of customer bitcoins.

Unlike conventional money, bitcoin is generated by computers and is independent of control or backing by any government or central bank, which its proponents like, but which also has led to calls for more guidance on U.S. tax treatment.

The IRS supplied that in its statement, which dealt a blow to bitcoin "miners," who unlock new bitcoins online. The IRS said miners must include the fair market value of the virtual currency as gross income on the date of receipt.

I have full faith that innovative people are going to find a way around this momentary snag.

As hard as they have worked to have these virtual currencies deemed a legitimate way to transfer wealth and goods, it's still all electronic and as such , subject to stealth operation capabilities.

What the IRS can't find, they can't get their grubby little mitts on and as far as I can see, this ruling really only applies to people subject to the F.U.S.A. tax codes anyway.
It's like chasing an electronic rainbow, looking for a virtual pot of gold. 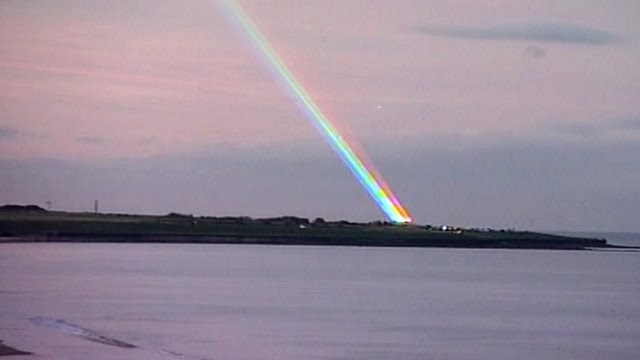 Actually, bitcoins *do* have physical existence, as a tiny spot of magnetic flux on a piece of rotating rust somewhere. Just as our dribbling on our blogs have the same sort of physical existence. Microsoft owns several billion bytes of such ephemeral items, but I assure you that Microsoft's operating systems, despite not having physical existence in the same sense as a cup of tea, are very much property and are valued in the billions of dollars.

I'm quite aware of this because my current employer bought the assets of a bankrupt prior employer and we had to investigate the tax aspects as part of the deal. One of the assets we bought was the rights to around 1,000,000 lines of computer source code that lived on a set of servers. It turns out that there are interesting tax questions around how that should be valued. We basically had to pay a property transfer tax in order to get it legally onto our own books, despite the fact that it has no physical existence other than as magnetized spots on spinning rust platters and in fact the pieces of spinning rust that it originally was on are not the pieces of spinning rust that it currently resides upon.

Death and taxes. Can't get away from either. Just how it goes.