Some People Must Actively Work At It To Be So Stupid.

How else do they find idiots like these everywhere?

This headline sounds about what I would expect to hear these days, it is the percentiles in the categories below that are jaw dropping.

Trust in governments fell, making them the world’s least-trusted institutions for a third year, according to a survey published before policy makers and executives gather for the World Economic Forum in Davos, Switzerland.

Faith in governments fell to 44 percent from 48 percent in 2013, according to the 2014 Trust Barometer survey published by Edelman, a public-relations firm. Trust in business held steady at about 58 percent, bringing its lead over government to the widest in the 14 years the poll has been taken.

That is still just under half of those surveyed who trust their government.

This is getting closer;

Governments are struggling to maintain public trust amid the disclosure of U.S. spy programs by former contractor Edward Snowden and record unemployment in Europe. Confidence in government in the U.S. plummeted 16 points to 37 percent, Edelman said.

That is still over one third of those surveyed who hear a giant sucking sound wherever they go.

One third of these people still trust this government after all the spying, lying and theft that has gone on over the last five years.

It is amazing to me that there are that many idiots in this country.
It's no wonder those Nigerien Princes keep trying.
They must have some successes.

These next figures are where my reality clashes head on with those surveyed.

Trust in CEOs is at 43 percent, above the 36 percent score for government officials, according to the survey. Confidence in the media slipped 5 percentage points to 52 percent.

Banks and financial services were the least-trusted industries for the fourth year, scoring 51 percent, up 1 point from 2013, the survey shows. Technology companies topped the ranking again at 79 percent, up two percentage points from the previous year.

Edelman polled 6,000 individuals in 27 countries with a college education and with household income in the top quartile for their age and country. The ages of those surveyed ranged from 24 to 65.

51% trust the banking and financial sector?!!

Who are these people and do they not pay attention to the crooked media that they just said they trusted?

You have to be a special kind of stupid to fall into all three categories who basically trust everything and everyone.

In the first place, the media is the official propaganda service of a lying government and BOTH of those are covering for the banking and financial services industry who are and have been, absolutely pillaging this country.

If you can't see that with your own eyes then you need to just put your head back down and go back to grazing contentedly. 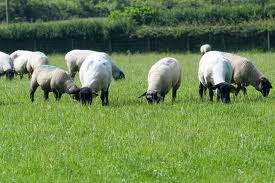