Driving over 2800 miles Coast to Coast balls out,that is faster than an airplane did it way back in the day.

An average speed of 98 miles an hour!

You gotta know these dudes were doing over 150 for extended periods to get that up there so high.
That is an incredible feat in its self, doing it without getting one speeding ticket and you are talking odds like winning the lottery.

Coast to Coast in under 29 hours: Mercedes CL driver sets new record by averaging 98mph in car he spent months fitting with gadgets to keep eye out for police

Atlanta Lamborghini dealer Ed Bolian used a souped up a 2004 Mercedes to speed into the record books October 20
Midtown Manhattan to Redondo Beach: Bolian and two friends took the classic route first taken in the Cannonball Baker Sea-To-Shining Sea Memorial Trophy Dash of the 1970s
Bolian's time of 28 hours 50 minutes beats the previous record set by Alex Roy in 2006 when he made the trip in 31 hours 4 minutes by over two hours
With a distance of 2,813.7 miles, Bolian and his two-man team did the Cannonball Run at an average of 98 miles per hour

An Atlanta man shattered the record for fastest drive from New York City to Los Angeles last Saturday by making the transcontinental trip in 28 hours 50 minutes.

Ed Bolian spent years outfitting a 2004 Mercedes with expensive gadgetry, spare gas tanks, and, of course, bedpans and finally realized his dream October 20. That smashes the record set in 2006 by an unbelievable two hours.

But his attempt is sure to gather controversy as it involved traveling at an average of 98mph, well in excess of many speed limits. He also used a series of gadgets to avoid getting caught for speeding. 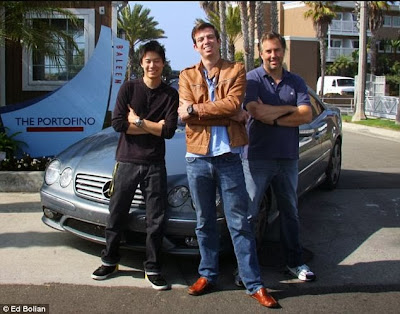 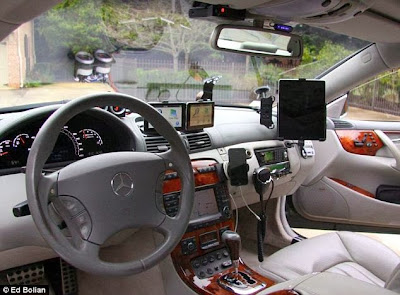 Click on the links above and go read the rest of it, it's a pretty interesting article with a lot of the history behind the Cannon Ball Run.

Of course they made that Burt Reynolds movie back in the eighties but my all time favorite has always been and always will be.......
The Gumball Rally.

That is a hysterically funny movie that predates Cannon Ball Run by several years.

if you have never seen that movie by all means find it. I am dead serious.
It is one you will never forget,kind of like It's A Mad Mad, Mad Mad World for the 70's.

I read an article about this in which the guy says they drove safely and in which he implied the only danger was due to people talking and texting on phones and people eating their breakfasts while he was driving the same roads as them. I guess he somehow does not see averaging 98 miles per hour, for over a day, as unsafe. It might have been fun for them but truly was one heck of an irresponsible thing to have done. I am very happy not to have read about 10 or 15 kids, in a school bus, dying in a fiery crash with these idiots in their Mercedes.

98 average is normal in every country other than ours. todays cars are designed to do 100+ down highways efficently, 55 is for 1950's cars on bias ply tires.