My Fucking Internet Connection Was Out, Again.

This has been an ongoing problem ever since I moved into this fucking place.
I, or rather, my wife, had the repair guys out here two or three times and they couldn't find anything wrong.
The sonofabitch goes on the blink and stays out until it damn well feels like coming back on.

I finally got pissed off last year and called the motherfuckers and reamed some ass.
I told them to send somebody out here that knew what the fuck they were doing because there IS a problem and I want to know what the fuck it is.
I'm tired of playing nice with you assholes and getting shined on.


You send somebody out here while I am here so I can talk to the guy and you can quit blowing smoke up my wifes ass.

So, bigger than shit a van shows up and this young guy gets out while I am here before I gotta go to work.

He starts in where the cable comes to the house.

I'm thinking you should start at the fucking pole and work your way in but whatever.

So he is taking connections apart and I am fucking around in the garage because that's where all that shit is.

He gets up on a ladder and takes a connection apart and looks at it. Nothing wrong there.

He goes to put the fucker back together and gets shocked,....


Houston, we have a problem.

TV cable is not supposed to have 110 volts running through it obviously.

So he starts tracing the cable with a hand held gizmo that detects electricity by the electric field around the wire.

After a bit he calls the guy they should have sent out in the first place, the old guy who has seen it all.

He shows and up and they put their heads together for a minute and then the real diagnosis starts.

They followed the cable through every room in this house, front to back.

Somewhere, inside the motherfucking walls, it is either rubbing up against a live wire, or what my personal thoughts are, some dickhead ran a screw or a nail into the wall that went through the 110 line into the cable and shorted them together.

Short of yanking every cable out of the wall there is zero chance of ever finding where it is so here I sit.

This is a rental house and neither I nor the owner wants to go through all that..

If it was my house it would already have been done.

I'd have yanked every inch of that shit out until I found it and been done with the irritating fucking thing. 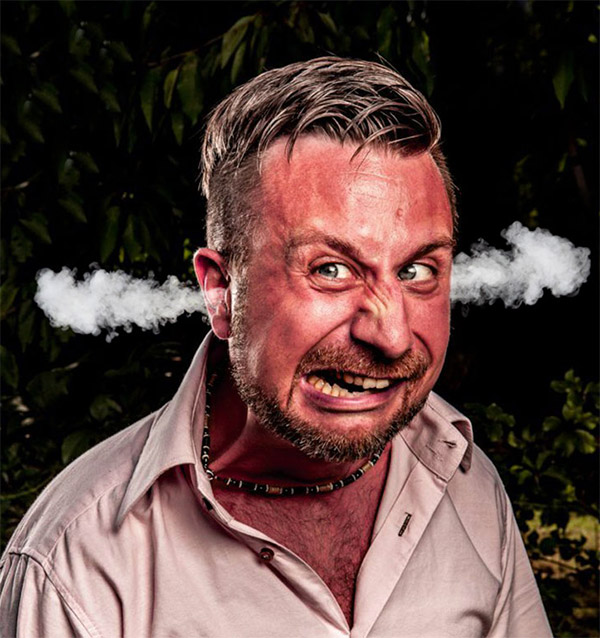 I don't know your exact situation but I am an ex cable tv tech.Is this a newer home where it was prewired or an older home where it was fished in the wall.Either way I can get you a solution if you want respond back to this comment and we'll see if we can't get you fixed up.Maybe even exchange a phone call or two I don't understand why they just don't rewire the outlet.First things first find out where it is grounded stray voltage can get in on poor ground.I'm game to throw in my cents if you are willing.

Why not just individually turn off circuit breakers to each room to find out where the short circuit is when your shit acts up. Then if you narrow down the room, check the switches to see if it is an intermittent problem as you say this an off/on issue which a nail through the cable wouldn't produce. That would be an all the time problem.

Another way would be to ground out the center the inner and outer wires of the cable and hopefully, trip the appropriate circuit breaker. Try no to electrocute yourself if #2 K?

I like your writing and if you died, it would be a tragedy that you wouldn't be venting anymore. lol

I second what the previous two guys said.

Another option. Cut the cable right where it comes into the house and put your cable modem right there. Then tack on a wifi router. Connect to the internet using wifi. Do you have cable TV on the same service? Ditch it. Replace it with a Roku device that connects with wifi. Enjoy free movies and programs. You can also access things like Netflix streaming and HULU plus. What? phone bundled too? Add a Vonage device. Get a cordless phone with 2 or 3 handsets. Put the base by the modem and then scatter the others where you need them.

I'd still be concerned about that stray voltage somewhere in the walls. At the very least, have good renters insurance and smoke detectors. Ideally, find out what the heck is going on there.

First off, thanks for your comments and suggestions.
You may or may not be able to figure this one out Stevie.


Of course, this is an older house with the obligatory funky assed wiring.

They did figure out which circuit breaker it's on but that particular one protects one plug in the front room and two other bedrooms. One 15 amp breaker for all that shit!

They thought they had it traced to the kid's Xbox at one point but that wasn't it.
It's in the walls somewhere.

The house did have a fucked up ground, an aluminum clamp squeezing a 1/4" solid copper wire coming out of the foundation to a fucking water pipe.

The aluminum clamp had rotted and wasn't doing shit.

I cleaned up the copper wire and the pipe and put a heavy duty clamp on the fucker I brought home from work.
a 3/8's rectangular U bolt with a 1/4 inch thick steel bar that I tightened the shit out of.
As far as I can tell, that is the only ground for the whole house.

The issue seemed to have gotten better over time after that but now it started back up again, I did notice it got worse when the really hot weather hit.

That is past now but it still acts up, sporadically. The part that drives ya nuts.

We do have the phone, TV and internet all through the same cable but the only issue we are having is the fucking internet.

Something to do with wavelength or such as that.

The wife is adamant about cable TV as her 30 year old autistic boy keeps himself entertained with the TV and she won't even discuss other options such as a dish. She watches the damn thing all day and half the night, myself I could easily live without one at all and have before.

If I could get rid of her for a day or two I could climb up in the attic and disconnect the feeder cables from the splitter up there one at a time I suppose and try to narrow it down to one run. Then I could just disconnect that run from the wall, tape a new cable to it and pull it through, if there wasn't a nail or a screw holding it.

I dunno, she freaks out whenever I even bring it up.That is why I haven't done anything about it.

They have no clue that these things are doable, they just like to worry too damn much.

So there it is guys. I appreciate any advice, especially how to get the wife to go on a short excursion somewhere for a couple days!

OK now I need to know where the cable service is grounded is it also to a cold water pipe if so we may be close to a solution.I don't think you have 110 on the cable if you did your modem would be a smoking pile of melted plastic right now.I'm 95% sure it is some kind of grounding/bonding issue.

Now ya got me Pal.
I have no idea. I didn't even know cable WAS grounded!
That copper line is the only ground wire I have seen.
I know where it comes into the house so any suggestions of what I am supposed to be looking for......

If your cable is overhead just follow it from the pole if it's done right it should be right where your meter is.I understand your splitter is in the attic so outside there will be a ground block looks like a splice.I will tak a pic of mine and post it on the blog.I'm your crazy uncle bubba

Thanks a ton. Oh I know who ya are, I visit yer place every day.

We may have a winner here!

I went to your place, saw the pictures so I knew what to look for and found a chincy sheet metal clamp wrapped a round the incoming pipe for the meter. The pipe had been painted, the clamp put on over the paint and then it was painted too!

I will be fixing that shit tomorrow!

I left a comment over at your place and will follow up with an Email when I get done.