What The Holy Hell?

The Wifely Unit is a huge WWE wrestling fan. I watch it occasionally and can remember watching Portland Wrestling clear back in the early 70's with my Grandfather so I kind of know what's going on.

Or so I thought.

If you have watched any of this in the last ten years or so then you probably know who Chris Jericho is.
He's been around a long time. 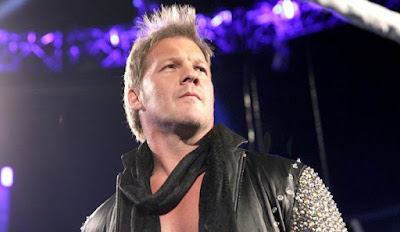 To be honest, I always kind of considered him a so-so kind of wrestling guy and he was certainly never one of my favorites.

So a few minutes ago when I sit down after work finally I see this Email from the wife, she had already went to bed.

I open this Email and there are two Youtube videos by someone named Fozzy.
Never fucking heard of him, it, she or whatever the fuck it is.

I figure it must be something good because she never Emails me anything, ever.

So I click on the first one and its a cover of an old Accept tune called Balls To The Walls.

Sounds pretty fucking good.
There aren't any pictures of whoever this Fozzy person is though.

I get almost all the way through the fucking thing and glance down and see this under the video,
"A highly underated/over looked cover song by Chris Jericho's band Fozzy".


No fucking way I think.

Yes, fucking way, I find out.

Are you fucking kidding me, the guy can sing?
I had no idea.
He fucking ROCKS too!

Check this shit out! It's actually real good!

A tune called Judas, By Fozzy.

Wow, that isn't bad. I've certainly heard worse from so-called 'professionals'. Son is also a big time WWE fan and he mentioned Jericho's band Fozzy but had never heard them play. Thanks for the link.