Yep, It's Been One Of Those Days 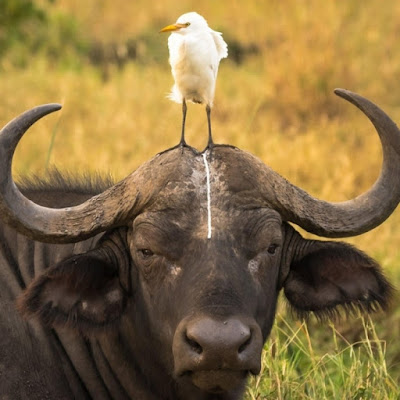 The kid came home from work at three in the morning last night and informed us that he had hit something in the road where there was some construction going on and it had flattened both tires on the passenger side of the wife's car.

That means he drove home on those flat tires. Even better, it bent both fucking rims on the passenger side of the car. 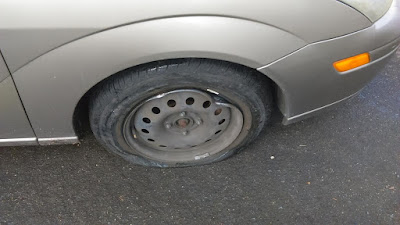 He was about a half mile from home so I guess at that point he decided to pull a Hillary.
What difference does it make at this point?

So I spent the better part of my day running all over Portland trying to find a couple of rims for the fucking thing.

It seems that in 2004, Ford in it's infinite wisdom, decided to upgrade the wheels on the Focus.
Up to that point they had been 14 inch wheels. I found at least twenty of those.
No more.
They went with 15 inch wheels and in true Ford style, put an off beat bolt pattern in them. 4 lug, 4 X 4 1/4" spacing instead of 4 X 4" inch like everyone else.

I also discovered that in the 25 years since I used to haunt virtually every fucking wrecking yard in the Portland/Metro area, that 85% of the ones I remember have gone out of business and the remaining few are closed on Saturday now.

Needless to say this was news to me. Back in the day, Saturdays were the busiest day of the week at most junk yards. All the guys who had to work all week hauled their asses down to get the parts they needed on Saturday morning and then wrenched all day Saturday and Sunday if necessary to keep their daily drivers on the road.
My how times have changed. Not only that, the one outfit that I did find open that wasn't a U- Pull it yard told me they could get the wheels in on Monday from another yard across the fucking state somewhere and when I asked them to get on the Hot Line and see if anyone else had them locally, they guy looked at me like I was from another planet.
Some older gent in the office heard me ask about it and said that the Hot Line was long gone.
Talk about making me feel even more ancient.

I told them I would get back to them if I couldn't find some somewhere else.

Guess what I get to do Monday?

Apparently the very first thing to disappear off a car at the wrecking yard is the wheels and tires.
I did manage to find a doughnut spare to fit the sonofabitch finally.

I came home three and a half hours after leaving and rousted that fucking kid and held a little workshop on changing tires on the side of the road.
His don't give a fuck attitude didn't sit well as you can well imagine.

No hydraulic jack for you then, young assholio. I know how to play the game.

I made him dig the spare out of the car, the scissor jack and the lug wrench and jack the fucking thing up the hard way, twice.

He didn't have a clue how any of it worked but he does now by God.

I made him take the back one off and put the spare that came with the car on, then swap the front one out for the one I bought.
I was going to make him swap the other rear tire to the front but it started raining and I didn't feel like standing there getting soaked while supervising his dumb ass.
I got enough of that yesterday spending three hours cleaning the gutters in the rain.

Then I made him throw the bent wheels and blown out tires in the back of my rig and haul her snow tires out of the shed and put them in the trunk.
I should get the wheels by next Wednesday and then I'll deal with getting it all swapped out and have the front and rear alignment checked at the same time. I'm crossing my fingers he didn't bend a lower control arm or a tie rod end.

I can't wait to get this kid his own car so I can sit and laugh at him when he fucks his own shit up because I been there and done that so many times I lost count.
Back in the 80's I went through 29 cars in 10 years. Wrecked every fucking one of them at least once and for almost all of them, once was enough.
As in totalled.

I literally can not remember just how many cars I have owned anymore and the reason I became a mechanic in the first place was because I couldn't afford to pay anyone to fix the shit I fucked up so I had to learn to do it myself.

Sonny boy is in for a steep learning curve at this rate.
Newer cars are a motherfucker to work on compared to the ones I learned on.

Hopefully he'll take something away from this "Learning Experience"!

That was my intent.
It's illegal to beat your kids unfortunately.

Send him to Cuba with a spud. They're fresh out of dick-taters these days.

are you certain you are his real dad?

then he is a lost cause whom can only correct himself

not you or anybody else, just him has to make it so

seen too many male or female like him, most died young

sorry you have such a two legged self wasted problem

Prior to teaching both my son and daughter how to drive they had to rotate the tires using the car jack and spare. They learned that driving was an extreme privilege.

Before my daughters were allowed to drive my cars they had to show me that they could change a tire by themselves.

How old is this kid? Hell, I owned four cars by the time I was 15. I was driving as soon as I could at 16 1/2. How did I do this? I shoveled shit on a horse ranch every day after school and then washed dishes at night in a restuarant.
Useless lazy kids.
leaperman

In my opinion every kid should buy their own car. NOT use or get one from their parents. Get out there and do some yard work. Pick up cans or bottles. There are WAYS to earn a little money every day. Do it you lazy little self entitled "laziest" generation.

All 3 of my kids got a 1000 dollar car or 1000 towards a car. NONE lasted the first 6 months. They all we taught to check fluids air tires and how to change them. They bought there next car and all did fine, they had skin in the game.

I have paid for one way another, every car I have ever had except for a couple that were given to me. We are talking in the neighborhood of sixty cars by now.
I am of the same mind, make them pay for their own shit and they get a taste of what is really involved.
Unfortunately, if you look at the comment above, he is my step kid, a Mommy's boy through and through, and spoiled fucking rotten.
One way or another reality is going to catch up with his ass and I won't be the one on the hook for it eventually. I just hope I am around for that giant helping of Schadenfruede pie.

Amazing how a person's attitude changes when they have some of their skin in the game, as it were. All of a sudden they understand that they better take care of what they have or they won't have it long and no one else is going to replace it or even care about the problem they have.

Hate to say it but my stepdaddy used to beat the shit outa me with 2X4's, he was in construction ya see, and I'm still here.
You know it's odd, we "sound" like our parents did back then.....