Phillipine President Duterte Sucks Up To China And Russia, Says U.S. Has Lost

He's been talking a lot of shit lately.

By Ben Blanchard | BEIJING
Philippine President Rodrigo Duterte announced his "separation" from the United States on Thursday, declaring he had realigned with China as the two agreed to resolve their South China Sea dispute through talks.

Duterte made his comments in Beijing, where he is visiting with at least 200 business people to pave the way for what he calls a new commercial alliance as relations with longtime ally Washington deteriorate.


"In this venue, your honors, in this venue, I announce my separation from the United States," Duterte told Chinese and Philippine business people, to applause, at a forum in the Great Hall of the People attended by Chinese Vice Premier Zhang Gaoli.
"Both in military, not maybe social, but economics also. America has lost."

Duterte's efforts to engage China, months after a tribunal in the Hague ruled that Beijing did not have historic rights to the South China Sea in a case brought by the previous administration in Manila, marks a reversal in foreign policy since the 71-year-old former mayor took office on June 30.

His trade secretary, Ramon Lopez, said $13.5 billion in deals would be signed during the China trip.

"I've realigned myself in your ideological flow and maybe I will also go to Russia to talk to (President Vladimir) Putin and tell him that there are three of us against the world - China, Philippines and Russia. It's the only way," Duterte told his Beijing audience.

Duterte's remarks will prompt fresh concern in the United States, where the Obama administration has seen Manila as an important ally in its "rebalance" of resources to Asia in the face of a rising China.

The administration agreed a deal with Duterte's predecessor granting U.S. forces rotational access to bases in the Philippines and further doubts will be raised about the future of this arrangement.

In Washington, the U.S. State Department said it was "baffled" by Duterte's comments and would seek an explanation when Daniel Russel, the top U.S. diplomat for East Asian and Pacific Affairs, visits Manila this weekend.

"We are going to be seeking an explanation of exactly what the president meant when he talked about separation from the U.S.," said State Department spokesman John Kirby. "It's not clear to us exactly what that means in all its ramifications."

Both the State Department and the White House portrayed Duterte's comments as being at odds with the close, long-standing alliance between the two countries. They said Washington would welcome closer ties between Beijing and Manila, however.

"The U.S.-Philippine alliance is built on a 70-year history, rich people to people ties and a long list of shared security concerns," White House spokesman Eric Schultz told reporters, noting that the administration has not received any request from Filipino officials to alter bilateral cooperation.

A few hours after Duterte's speech, his top economic policymakers released a statement saying that, while Asian economic integration was "long overdue", that did not mean the Philippines was turning its back on the West.

I bet that did surprise some people. Especially the ones who just announced last May that we were going to activate 5 new bases there.

It sounds to me like we have another little wannabe tin pot dictator on our hands who is as crazy as a shithouse rat.

I imagine someone will be dispatched over there to have a short chat with the fellow to remind him of what the future could look like if he doesn't straighten up. 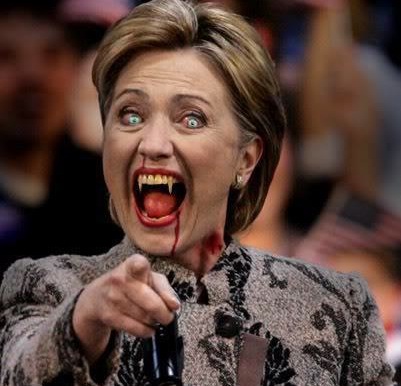 Uh huh, it didn't take long to walk that shit back now did it?

this could get weird

Cool, bring all our troops home and end all aid to every other nation. There is no reason why we should have any military presence outside the Western Hemisphere. Guard our borders, not the Philippine's.

agree with chris mallory.
that would dry up the back hand cash into secret bank accounts, with which some politicos' nests are feathered.

also phillipines have china hanging over them, they were there to make deals, and they want to feed the wolf to keep it from eating them. it only makes sense.

If we lose the Philippine as a primary partner, China will have a free hand in the south pacific. Duterte may be a wannabe but he could also be making a bet that our sphere of influence has to shrink and china's is in expansion mode.