This Gender Identity Crisis Bullshit Is Getting Out Of Hand

Stop and wrap your head around this one, Bull Dyke Lions. 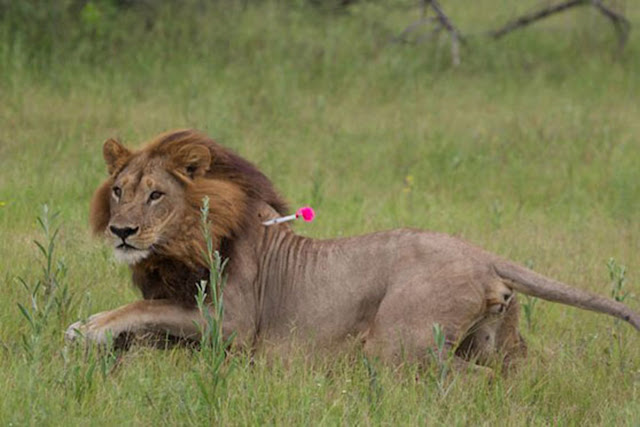 This lion king (pictured above) is a queen. And she’s not the only one.

Five lionesses in Botswana have grown a mane and are showing male-like behaviours. One is even roaring and mounting other females.

Male lions are distinguished by their mane, which they use to attract females, and they roar to protect their territory or call upon members of their pride. Females lack a mane and are not as vocal.

New Scientist Live: Book tickets to our festival of ideas and discovery – 22 to 25 September in London
But sometimes lionesses grow a mane and even behave a bit like males. However, until now, reports of such maned lionesses have been extremely rare and largely anecdotal. We knew they existed, but little about how they behave.

Now, Geoffrey D. Gilfillan at the University of Sussex in Falmer, UK, and colleagues have reported five lionesses sporting a mane at the Moremi Game Reserve in Botswana’s Okavango delta.

Gilfillan started studying these lionesses back in March 2014, and for the next two years he focused on recording the behaviour of one of them, called SaF05. She had an underdeveloped mane and was larger than most females.

“While SaF05 is mostly female in her behaviour – staying with the pride, mating males – she also has some male behaviours, such as increased scent-marking and roaring, as well as mounting other females,” says Gilfillan.

“Although females do roar and scent-mark like males, they usually do so less frequently,” he says. “SaF05, however, was much more male-like in her behaviour, regularly scent-marking and roaring.”

A likely explanation is an increased level of testosterone as these lionesses mature, says Luke Hunter, president and chief conservation officer at the global wild cat conservation organisation Panthera.

In lions, testosterone directly affects the development of manes. Castrated males, for example, lose their ability to produce testosterone and promptly lose their mane, too.

In 2011, a captive lioness called Emma at the National Zoological Gardens of South Africa developed a mane. Tests revealed high levels of testosterone due to a problem in her ovaries, and once they were removed she reverted to a typical lioness.

The idea that testosterone is implicated in the Botswana lionesses is also backed by observations of their reproductive success, says Kathleen Alexander at Virginia Tech in Blacksburg.

“While some of the maned lionesses were observed mating, none of them became pregnant, suggesting they are infertile, a known consequence of high levels of androgens such as testosterone in females,” she says. “The behavioural changes suggest this is likely the case.”

Hunter suspects this explanation applies to the animals studied by Gilfillan and his colleagues. “Given all five known maned females come from the Okavango region, there must be a genetic component in this population underlying the phenomenon,” he says.


I'll guarantee you one thing, they take a piss wherever the hell they want to.
at September 25, 2016

There's gotta be something in the air/water/food. The whole world is fucked up

my thought, too. some kind of pollution. possibly in food or water.