MSM Not Reporting That Anonymous Has Gone After The New York Stock Exchange, World Bank, The Fed, and Vatican

It wasn't just the ones in the headline either, Anonymous has been very, very, busy going after financial institutions world wide with DDOS attacks.

Gee what a fucking surprise, the Lame Stream Media not reporting somebody going after Big Money finally.
What's the matter you pussies?
Someone up the food chain tell you to keep your mouths shut did they?
Journalism and the Free Press can be added to a long list of things that used to be a source of pride in this country that are dead and gone.

Bought and Paid For, every last one of them.


Amidst a global media blackout of Anonymous’ ongoing worldwide attacks on the “corrupt banking cartels,” the hacking collective has now taken down some of the most prestigious institutions in global governance. OpIcarus has recently taken offline the World Bank, the New York Stock Exchange, five U.S. Federal Reserve Banks and the Vatican. 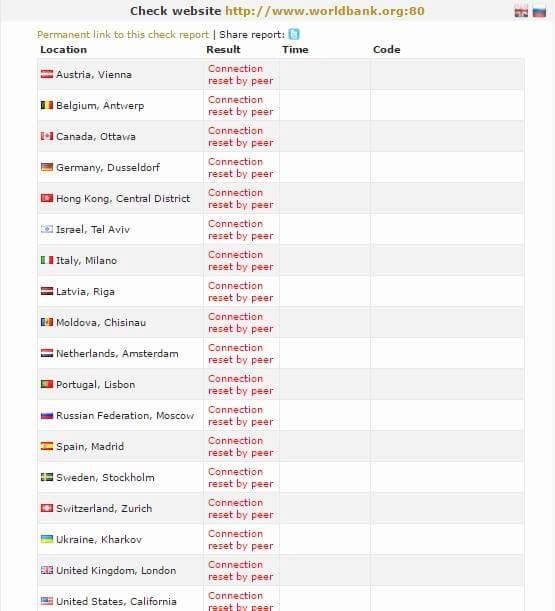 After announcing a global call to arms against the “corrupt global banking cartel,” the hacker collective, known as Anonymous, in conjunction with Ghost Squad Hackers, have taken over 30 central banks offline, including striking many targets at the heart of the Western imperialist empire.

Operation Icarus was relaunched in conjunction with a video release announcing the beginning of a “30-day campaign against central bank sites across the world.” Since that time, the scope and magnitude of the attacks have increased exponentially, with Anonymous, Ghost Squad Hackers, a number of Sec groups and BannedOffline coordinating attacks — each focusing on separate financial institutions in an effort to maximize the number of targets hit.

In a previous interview with the Free Thought Project, an Anonymous representative clarified that the operation is in no way intended to impact individuals’ accounts held within the banks, explaining that OpIcarus is directed solely at the 1% perpetuating injustice:

We would just like to make it very clear that all targets of #OpIcarus have been Rothschild and BIS central owned banks. In fact most of the targets so far such as Guernsey, Cyprus, Panama, Jordan, British Virgin Isles, etc are in the top 10 places of tax havens for the elite. No on-line consumer accounts were harmed, no ATM’s were blocked and no personal client data was leaked. This has been a protest against the Central Banks and the 1% — no innocent or poor people were harmed.

In the world of high finance, time is money and every minute that a bank is forced offline it is losing potential revenue, which in turn hurts the bottom line of those that support the imperial war machine. Thus far, all targeted banks have refused to comment on the damage inflicted by the continuous cyber attacks.

Make no mistake that this operation has already been extremely effective — evolving and growing rapidly. The fact that global corporate media is refusing to report on these numerous high-profile attacks is indicative of the fear the 1% have of OpIcarus garnering massive public support. The attempt to conceal the scope and breadth of this operation from public purview reveals the visceral fear the elite harbor toward those they prey upon. It seems the only thing the ruling class can do now is attempt to conceal and suppress the information about what’s transpiring in hopes of keeping the populace ignorant.

My bold.
There is more at this link.

Electronic torches and pitchforks?
Why not.

The world wide plundering spree that these financial institutions have been on for the last few centuries can not go on forever. Even with the blessings of every major government in the world, nothing lasts forever and when it does come time for it to stop, it is going to be spectacular and horrifying at the same time to watch. 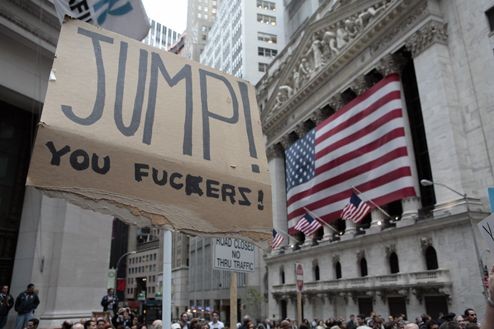 ...the idea that the press in America were ever "free" or not controlled by G`ovt or big money is absurd. The selling of FDR for his last term, the lies about Wilson after his stroke, or the selling of the atomic attack on Japan are only 3 examples of a controlled press. The ONLY thing the press were free about was to lie to their readers.

shows somebody(s) got the balls to stir the pot

The real crime is the legalized fractional reserves along with unbacked currency. Our currency fundamental stopped being sound money after Roosevelt devalued the dollar. No hacking job will change law. By Anonomous harming the banks they are harming the economy, and therefore us with it. These people are playing with nukes and there are no winners when one goes off.