They Call Him Lucky 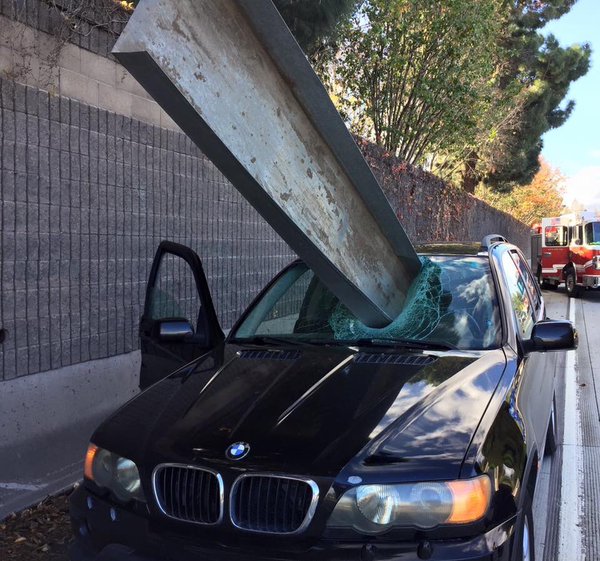 The guy pulled over after that and walked away.


SARATOGA, Calif. (KTVU) - A man is lucky to alive after a large metal ramp crashed through his windshield while he was driving down the freeway.

The accident happened Friday afternoon on southbound 280, north of Saratoga.
According to the San Jose Fire Department, the BMW was following a vehicle that was carrying a ramp. The ramp fell off the truck, bounced off the freeway and launched into his windshield. The driver pulled over and only had a scratch.

His car needed a little more attention and was towed from the scene.

I'll just bet that his britches had a load of shit in them.

Plus new upholstery for the drivers seat...

and new underwear for him.

Plus new upholstery for the drivers seat...

and new underwear for him.