Oh Sure, NOW Congress Has A Problem With Warrantless Eavesdropping


Because some of their own may have been the subject to the NSA's fuckery.

I have two words for these Prima Donna motherfuckers.

How ya likin' that shit now ya traitorous weasels?

Not so much eh?

Let me repeat myself here, Fuck, You.

You seemed to have absolutely no problem with it when it was anybody but you.
Let me remind you sonsabitches that it was YOU who opened up Pandora's Box and allowed this illegal shit to happen in the first place because, "Security", remember?


A House panel on Wednesday announced it is seeking information from the Obama administration on U.S. intelligence collection that may have swept up members of Congress.
The House Permanent Select Committee on Intelligence’s announcement comes after a Wall Street Journal report that the U.S. collected information on private exchanges between Israeli Prime Minister Benjamin Netanyahu and members of Congress during ongoing negotiations for a nuclear deal with Iran.
“The House Intelligence Committee is looking into allegations in the Wall Street Journal regarding possible Intelligence Community (IC) collection of communications between Israeli government officials and members of Congress,” Chairman Devin Nunes (R-Calif.) said in a statement. “The Committee has requested additional information from the IC to determine which, if any, of these allegations are true, and whether the IC followed all applicable laws, rules, and procedures.”
In response, a senior administration official suggested on Wednesday afternoon that lawmakers on designated committees may already have been informed of the data collection now in the news. "The Intelligence Community is required to keep Congressional oversight committees fully informed of intelligence activities," the official said in a statement.
Although the information collected by intelligence officials apparently included comments from members of Congress, there's no evidence yet that those American lawmakers were the intended targets of the surveillance, as opposed to the Israeli premier and his aides.

Even better, they admit to intentionally targeting our allies, anything one of our precious Congresscritters said that got collected was.... wait for it.....Colateral damage.

The irony here is off the charts you pathetic, spineless, bitches. 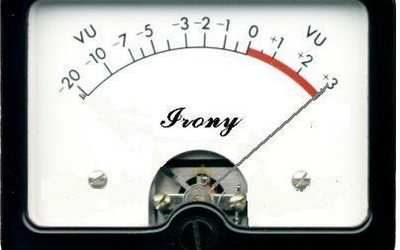 It must really suck when the shoe is on the other foot.

Cry me a river.

But... but Edward Snowden is a hero