I want to know who has the binoculars and too much time on their hands because I couldn't see a pigeons asshole flying by if it went right past my face.

Just to point something out to the ignorant fuck heads, if God thought naked pigeons were offensive he would have given them tiny little diapers, no?

Senior clerics fighting for the Islamic State in Syria and Iraq have issued a diktat banning pigeon breeding as they claim the sight of the birds' genitals as they fly overhead is offensive to Islam.
Jihadis operating in the group's 'Euphrates province', which stretches from Anbar in Iraq to Dier ez Zour in Syria, told pigeon breeders they had one week to stop the practice or face public flogging.
The announcement isn't the first time ISIS has targeted the apparently blasphemous practice of pigeon breeding - a popular pastime in the Middle East.
Earlier this year it was claimed that 15 boys had been arrested and at least three of them executed by ISIS militants in Iraq's eastern Diyala governate after fighters took exception to their pigeon breeding hobby on the grounds that it stopped them spending their time worshipping Allah.


Read more: http://www.dailymail.co.uk/news/article-3107027/ISIS-bans-pigeon-breeding-punishable-public-flogging-seeing-birds-genitals-overhead-offends-Islam.html#ixzz3cPYfnLQR
Just wait until they see a really pissed off Eagle screaming by and taking a big dump on 'em. 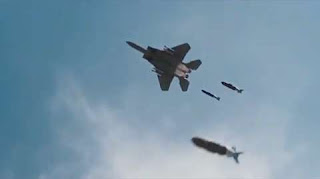