This Is Not Going To Go Away

Hillary Clinton is now going to be fighting for her political life because of this .


WASHINGTON (AP) — The Associated Press filed a lawsuit Wednesday against the State Department to force the release of email correspondence and government documents from Hillary Rodham Clinton's tenure as secretary of state.

The legal action comes after repeated requests filed under the U.S. Freedom of Information Act have gone unfulfilled. They include one request AP made five years ago and others pending since the summer of 2013.

The lawsuit, filed in the U.S. District Court for the District of Columbia, comes a day after Clinton broke her silence about her use of a private email account while secretary of state. The FOIA requests and lawsuit seek materials related to her public and private calendars, correspondence involving longtime aides likely to play key roles in her expected campaign for president, and Clinton-related emails about the Osama bin Laden raid and National Security Agency surveillance practices.

"After careful deliberation and exhausting our other options, The Associated Press is taking the necessary legal steps to gain access to these important documents, which will shed light on actions by the State Department and former Secretary Clinton, a presumptive 2016 presidential candidate, during some of the most significant issues of our time," said Karen Kaiser, AP's general counsel.

Said AP Executive Editor Kathleen Carroll, "The Freedom of Information Act exists to give citizens a clear view of what government officials are doing on their behalf. When that view is denied, the next resort is the courts."

State Department spokesman Alec Gerlach declined to comment. He had previously cited the department's heavy annual load of FOIA requests — 19,000 last year — in saying that the department "does its best to meet its FOIA responsibilities." He said the department takes requests "first in, first out," but noted that timing depends on "the complexity of the request."

Yeah, five years is a bit of a stretch there pal.

Let's not forget how that works, shall we?


If there is any dirt there, it will be dug up if for no reason other than that Hillary Clinton has made a great deal of very important enemies over the years and we are after all, talking political hardball here.


There is going to be a shit load of spin and denial coming out of her corner and there is also going to be a lot of politicians having sleepless nights wondering how much shit is going to get spattered their way when the truth comes out, whatever it may be.

I can guarantee you one thing, Hillary Clinton's personal Email account is not chock full of cookie recipe's. 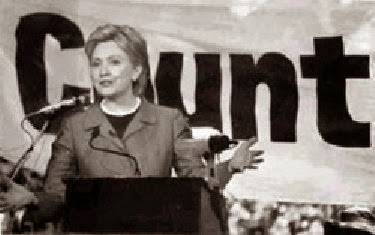 "there is also going to be a lot of politicians having sleepless nights wondering how much shit is going to get spattered their way when the truth comes out,"

Good. I hope every son of a bitch in elected office is shaking in their shoes. We could scrape up a few million for a new federal prison. One with concrete benches for them to sleep on. 23 hours a day in their cell. Works for me.