They are second only to us here in the F.U.S.A. in world wide weapons sales.
These figures are for sales, imagine what they keep for themselves. 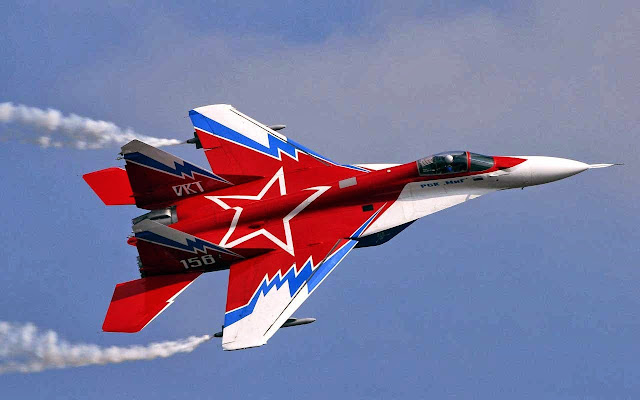 Since the beginning of 2014, Russia has sold weapons and military equipment in the amount of two billion dollars, director of the Federal Service for Military-Technical Cooperation, Alexander Fomin said.

"To date, Russia has supplied military products to foreign customers in the amount of two billion dollars," he said on the eve of the opening of FIDAE-2014 armory show in Santiago (Chile). Fomin noted that the export orders portfolio of the Russian Federation exceeded $47 billion as of March 2014.

For comparison, according to the results of 2013, Russia sold weapons worth the total of $15.7 billion. In 2012, Russia outstripped the target for the supply of arms and military equipment abroad by 11.8 %, having exported products in the amount of 15.16 billion dollars, Fomin reported in January 2013, emphasizing that those were only preliminary data. The backlog of orders exceeded $46 billion then.

In ten years, Russian arms exports and the volume of orders have tripled. According to the report from the Stockholm International Peace Research Institute (SIPRI), Russia was among the countries that became the world's largest arms suppliers from 2009 to 2013. Russia accounts for 27% of global arms exports. The USA takes the lead with 29%.

A year ago, according to SIPRI, Russia supplied 23% of arms in the world, while the U.S. accounted for 30% of world exports.


Russia sells its arms and military equipment to 52 countries of the world. In 2009-2013, three countries - India, China and Algeria - accounted for more than a half of purchases. Sixty-five percent of exports go to the Asia-Pacific region, followed by Africa (14%) and Middle East (10%). Russia was the largest exporter of vessels in the world; exports of airplanes accounted for 43%. In four years, as many as 219 combat aircraft were sold.

And these are the sales they will admit to. They exported at least one million AK variants alone last year. To anyone like myself who has had the misfortune to visit the worlds shitholes on the Queens shilling the one most outstanding fact is almost all the small arms are Russian. Putin was bleating about Syria whilst the 'rebels' were armed with new out of the box AKs, some photos even show the factory labels still one! The most common machine gun in Africa, russian, the most used RPG, russian, the most common and deadly landmine, russian.
Quite frankly when liberals whine about the west selling arms I don't know whether to laigh hysterically or puke. Pretty much any war going at the moment, any civil war, terrorism etc erc you will find weaponry primarily from Russia xlosely followed by China and the rest of the former USSR.

Why don't they export a million or so REAL AKs and metric megatons of ammo to us patriots in the US? Man, would that give Obama an aneurism or what