Promises it will only hurt for a second....

The Federal Reserve today further reduced its monthly bond buying to $55 billion as more central bank officials predicted their target interest rate would rise by the end of next year, Bloomberg News reported.

Fed officials predicted their target interest rate would be 1% at the end of 2015 and 2.25% a year later, higher than previously forecast, as they upgraded projections for gains in the labor market.

They also removed a provision they had earlier pinned to this that was dependent on the unemployment rate falling below 6.5%.

The committee removed a reference in previous statements to keeping the central bank's benchmark interest rate near zero as long as the unemployment rate was above 6.5%.

Fed policymakers said in their statement that they took the step because the unemployment rate was nearing that point -- it was 6.7% in February.

But the statement said the revision "does not indicate any change in the committee's policy intentions."

I think we have all seen how they can pencil fuck that unemployment rate whenever they feel the need.
Does the term "Revised Estimates" ring a bell?

This is all just another attempt to stave off the inevitable.
They had a chance to fix this mess back in 2008 and 2009 when the financial shenagigans the Big Banks had been playing with finally caught up to them.

Instead, they jumped in bed with them, bailed their asses out, refused to prosecute one single instance of criminal fraud and the rest is history.
A World Wide Economic Meltdown.


Previously known a a Depression, now euphemistically known as "The Great Recession".


With Russia and China actively laying the groundwork for economic warfare against the dollar, it is just a matter of time until the house of cards they have built collapses and takes every one of us with it.

The Fed can dick with this tapering business until they are blue in the face.

The fact is that they failed spectacularly when they didn't have the balls to straighten this mess out long ago. 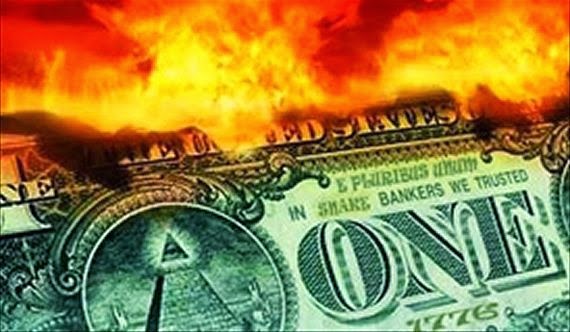 So, now when will the interest rates go up? could be as soon as July. another problem for the fed is what if china and russia dump their bonds, that will also cause a spike and then it all goes to shit. It's going to be an interesting summer, lol.