Signs Your PMS Is Out Of Control

Dayum! She is still on the loose too. 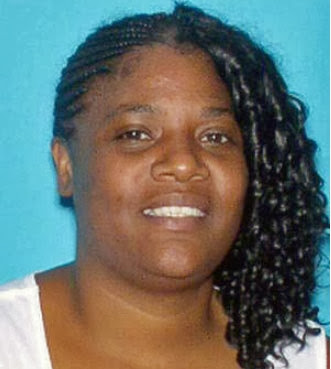 Lake City police say 43-year-old Anthony Sheppard was at the park with family and friends as part of the Martin Luther King Day festivities. At about 6 p.m., his wife, Ruby Sheppard, drove into the west parking lot of the park off of N.E. Denver street in a 2004 Cadillac. Upon seeing her husband, witnesses reported she attempted to run him over with the vehicle, subsequently pinning him between two vehicles.

Police say Ruby Sheppard got out of her vehicle and began an argument as he was getting out from between the two vehicles. After a brief argument, she ran back to her vehicle and retrieved a semi-automatic handgun from the glove compartment. The victim and witnesses reported to investigating officers that Ruby Sheppard began hit her husband with the handle of the gun.

According to authorities, during the struggle, when their 21-year-old son, Anthony Sheppard Jr., attempted to separate them, his mother pointed the gun at him. Police say her husband pushed him out of the way as she pulled the trigger and the Anthony Sheppard Sr. was shot one time in the upper left thigh.

He was taken to Shands at Lake Shore Hospital by his family with non-life-threatening injuries.

Police say Ruby Sheppard drove away. As of midday Tuesday, she was still at large. Officers say she is wanted on charges attempted murder and aggravated assault and should be considered armed and dangerous.

I think Sr. has been cattin around.