Go take a look-see at the preview.

I liked what I saw of the III Magazine but this looks to be even better, although only quarterly.

It absolutely deserves a shout out and our support.

III Magazine may not go away entirely, but I am parting ways with it. Next month we’ll make it official that I’ll be the proud publisher of Forward Observer. FO will do its share of preaching, but it will accomplish something that we weren’t able to with III Magazine. I’d like to make Forward Observer the flagship of the ‘outreach armada’. We’ve assembled an incredible lineup of writers and staff with backgrounds in special operations and intelligence. Frankly, it’s a sizable chunk of the FreeFor Who’s Who? It’s our intention to reach out to the veteran community and encourage their participation in resistance to tyranny. We’re failing if our movement isn’t growing, not just in terms of bodies but in terms of institutional and experiential knowledge.

FO is just another cog in the FreeFor wheel, but I think it’s a critical one. We’re evolving. We won’t just stop at recruiting veterans, but we’ll try to reach the mainstream of closely-aligned movements, and let the magazine really do some talking. We ultimately chose Forward Observer as our brand because we absolutely have to be ‘out front’, conducting reconnaissance on the future, taking account of current and future threats within Liberty’s battlespace. If you want to know what the future of tyranny and resistance looks like, then read FO. We’ll be publishing a quarterly issue on the web and in print. 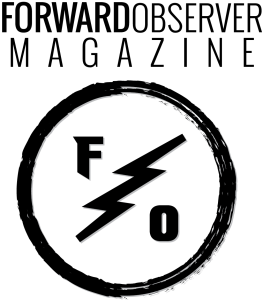 Sam surely deserves a huge Attaboy in my book.

Phil - Thank you for sharing and for the support. We really do appreciate it! It means a lot to me personally that other bloggers will support our project! If we (or I) can return the favor, let me know! - Culper