Today is our wedding anniversary.

Two years.
Longer than either of our first marriages and this one is going to stick. 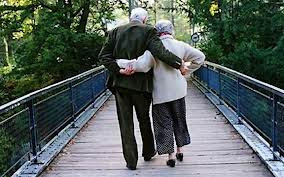 I'm a lucky bastard, got a keeper who puts up with my shit.

That's a good thing because even on this occasion I found a way to fuck things up.

My wife told me a couple months ago that she had reserved a room for two days at our favorite retreat and that I needed to schedule those days off from work.

She reminded me again a couple weeks ago.

Did I remember to do that?


Once again I am in the Dog House for that.

All those millions of brain cells I spent years killing for entertainment must have included some important ones.


She is a good woman though and she has forgiven me, sort of.

I'm sure I can expect to hear about it for the rest of my natural life.

So while I venture off back to the salt mines in ninety degree weather, she will be forced to find something to entertain herself with.

I'm sure her sister will be happy to come help her kin in her hour of need.

So if it gets a bit stale around here it's because I have other things to do for a bit, like having "old people sex" as her younger sister calls it.

She's one to talk. She is in her late forties and ain't gettin' any.

I know, TMI but it's my fucking Blog and I'll do as I damn well please.

Somebody upstairs cut me a huge break.
I stopped at Subway to get something for lunch and my boss happened to be there.

He asked me if I was planning on leaving a little early tonight, apparently my immediate supervisor had said something to him.

I said no, I was just going to go to work and then take off at quitting time.
He said I could take off, there wasn't much going on, a big job had been postponed and they already had another guy from dayshift come to swing for the week.

WOOT!
I told him he had just made my wife happy so now I have the whole day off and here I am on the fucking computer with my lovely wife sitting next to me scowling like a she bear because of it.
LMAO!
Told ya I was a peckerhead.
Just a few more minutes honey, I swear!

Have fun buddy! Good on you two as well.

"I'm sure I can expect to hear about it for the rest of my natural life."

I expect mine to keep reminding me in the afterlife. She'll probably have it put on my tombstone.