They Should Already Be In Jail

Theiving sonsabitches. The statute of limitations is running out for prosecuting all those Wall Street motherfuckers who crippled the entire world economy clear back in 2007 .The effects of that are STILL reverberating around the planet to this day and there is no end to it in sight.

That means every single one of them not currently under indictment will walk away scott free,unless.....

....."federal authorities are finding new evidence they say indicates intent to commit fraud over the packaging and sale of mortgage bonds backed by subprime home loans in some of the civil lawsuits plaintiffs' lawyers have filed against large banks.

And they are exploring whether they can build criminal cases against bankers by using a 1984 law intended to punish individuals for scamming commercial banks."


"The strategy involves a shift away from the more widely used securities fraud charge to a less common offense: bank fraud. The advantage is that perpetrators of bank fraud can be charged up to 10 years after their crimes, compared with the five-year statute of limitations on securities fraud, which has already run out on most events leading up to the 2008 financial crisis. A bank fraud conviction carries up to $1 million in fines and a maximum prison sentence of 30 years.

Rita Glavin, a partner at Seward & Kissel in New York who specializes in white-collar, criminal defense, said she thought the statute's broad scope gave prosecutors an opportunity to use it, and adding a conspiracy charge could help."

I sure as shit ain't a lawyer but I would dearly love to see some of this fall under the RICO Act.

The fact that there hasn't been one high level banker charged in any of this stinks to high heaven. 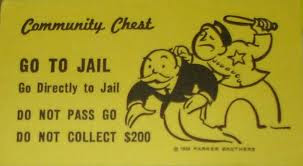