Oh my poor fucking neighbors,they're in for it now.


I was out in the garage moving shit around (again) after I had gotten rid of some shit taking up too much space last weekend and I was trying to figure out where to put the Kenwood stereo system I have.

I got this thing cheap from my oldest friend a few years ago when he needed some money.
$100.
I remember when he bought the thing back in '82, it cost him Two Grand.
When he bought it it was a surround sound system with four humongous fucking tower speakers.
I didn't get the speakers, just the modular set up.
Receiver, CD player, Pre Amp/Equalizer and the Final Amp with the speaker plugs.
He even threw in three different turntables, two of which were high dollar motherfuckers but didn't work.
The last one though was a quartz direct drive beauty.
It even has a fucking remote I gotta find.

I put it in a box and didn't bother hooking it up until about six months ago.
I have SEVERAL boxes of old albums from the late 70', 80's and early nineties I have been lugging around for decades now but didn't have a turntable anymore.

This is all background to what I am gonna lay on ya now.

I have another best buddy I have known for twenty years now.
He used to buy a lot of cars at auctions cheap and turn them.

He gave me this olllld fucking Kenwood receiver that he found in the back of one them about five years ago.
This thing is a fucking MONSTER.
I'm not even kidding.
Twenty four and a half inches long, eight inches high and sixteen inches deep.
It weighs FORTY FUCKING POUNDS!

Ladies and gentleman, please let me introduce you to the 1979 Kenwood Model Eleven GX. 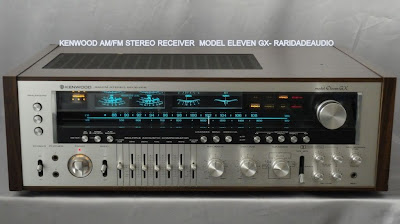 This thing is one BAAAAAAAAAD Motherfucker.
120 watts per channel and it has hookups for THREE sets of speakers! You can even plug in two turntables, two sets of headphones and of course it has a buttload of functions and jacks for taping and playback.

I could never figure out how to get sound out of it, until tonight.
It has a separate Pre Amp and Final Amp inside.

I finally got to dicking around with this and the components to the other one.
First I got the Final Amp to work using the other receiver/ Amp.
All the controlls had to come from the other unit but the sound came out of the Big Mutha.
Then I fucked around and plugged the Pre Amp from BM, hooked it into the INPUT to the other one then sent the OUTPUT back to the BM and HOLY FUCKING SHIT!!

I almost blew both of my speakers, thank God I had BM turned way the fuck down!

Turning up the other one, I can only turn BM to about 1 and it is loud.
Three would just blow the fucking speakers.

Come to find out this fucking monster wasn't available to the general public.
You had to be in the military to get one and then you had to order the fucking thing from the factory in Japan.

I read a comment in a forum thread from a guy who had one while he was still in the military and he said the M.P.'s came banging on his door to tell him to turn the damn thing down once.
He asked them who called about it and they said nobody.
They could hear it when they walked out the door A MILE AND A HALF AWAY.

I have been researching this thing and people who are seriously into audio start creaming their jeans when they show up for sale.

I have been wanting a stereo system like this since forever. I finally get one now that I'm deaf in one ear and can't hear out the other of course.

Now there is only one thing that must be done. 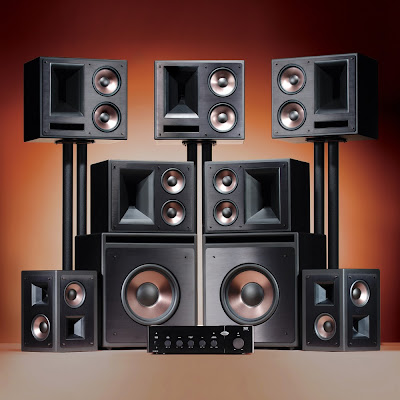 Oh yes. Every baby boomer stoner's dream!
That shit gets extremely hot, though. Make sure you have adequate ventilation when you crack that sucker up.

The big Pioneer units were astoundingly good, too.

I remember those Kenwood receivers. I almost bought one but then decided on Carver (made in the USA).

Did you move here permanently?

Being deaf isn't a problem. You should be able to feel the music as it rattles your bones.

I remember shaking a few windows listening to Black Sabbath with a similar set-up.